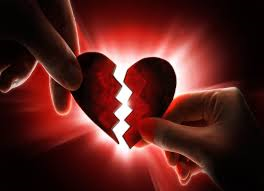 “When one door closes, another opens; but we often look so long and so regretfully upon the closed door that we do not see the one which has opened for us.” ~Alexander Graham Bell

Mind you, the decisions that I made (one in particular) in response to the heartbreak were a way of protecting my heart from further injury; of insulating it against the pain that I had incurred.  But what I didn’t realize is that by denying the pain; by choosing to delude myself into thinking that I was all right, I was ignoring an injury which, when left untreated, never healed.  In fact, it began to fester, poisoning everything else I did.

And so to escape the pain of infection I wrapped myself in layers upon layers of mundane is-ness; sinking into a depression so complete that I was not even aware that I was.  I only knew that there was something wrong; something that continued to eat at me and that I couldn’t quite put my finger on.

As crazy as it may seem, six months ago, just as I was ready to give up altogether, it was the very one who inflicted the original injury that pulled me out of my despondency; enabling me to see exactly what I had allowed my life to become due to the choices that I had made and gave me the courage to acknowledge what I had done, accept where I am, and  to face the future without fear of what it might bring.

Knowing what might have been – what I have lost – what I will never have because of the choices that I have made – makes my heart ache as it has never ached before.  It is like peeling off the scab to clean out an infected wound; a throbbing ache that reaches right down to my soul.

Accepting that I will never have what might have been; accepting where I am and who I have become because of the path I chose to follow stings like alcohol poured into a cut; intensifying the pain to the point that it doesn’t feel as if I can take it for even one more second.  But it also kills the bacteria of despair and despondence and is the first step to healing.

Acceptance leads to an understanding of why I made those choices.  And understanding is like a soothing balm; a balm and a soft cotton bandage that covers the cleaned wound, protecting it from further damage.

But knowing and accepting and understanding is not enough.  I must also have wisdom; wisdom and courage to prevent any more trauma to my heart; not by burying it where it cannot be touched, but by leaving it exposed and choosing instead to make those decisions that will strengthen it.

I must have the wisdom to learn from my experiences and the courage to listen to my heart and, from now on, to make each decision based on what feels right to my heart – to my soul –not based on my fears; not as a reaction to pain that threatens to tear me apart, or in response to the pressures and influences of what those around me expect from me.  And once I have made the decision, the courage to move forward without fear, knowing that if I am acting from my heart – and for my heart – that I will be making the decision that is best for me and that will help me to become who and what I was meant to be.